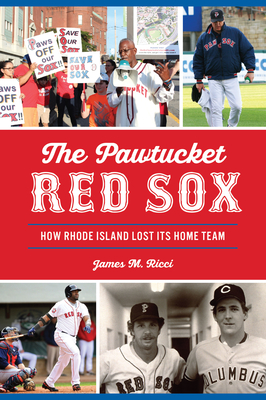 The Pawtucket Red Sox were one of the country's premier AAA baseball teams, and for forty-five years they called Rhode Island home. In February 2015, a group of investors purchased the team from the widow of beloved owner Ben Mondor and longtime executives Mike Tamburro and Lou Schwechheimer. The group tried to keep the team in Rhode Island and move them to a new ballpark, first in Providence and then in Pawtucket. But building sports stadiums requires vision, political will and leadership. Through a series of political and financial missteps, the various plans collapsed, resulting in the announcement in August 2018 that the team would be moving to Worcester, Massachusetts. Join author James Ricci as he reveals how Rhode Island lost its revered team.