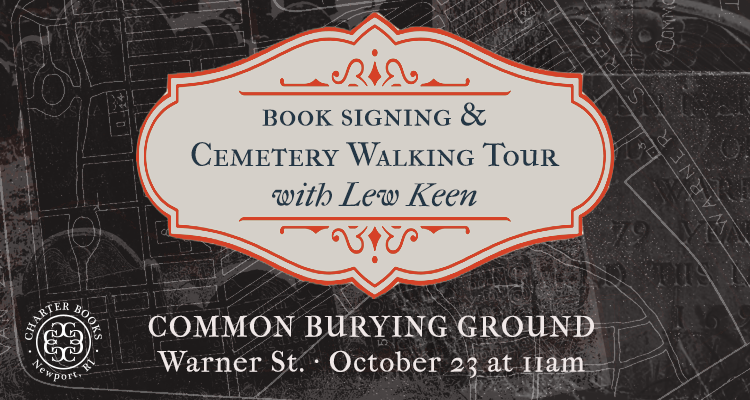 Join local historian Lew Keen for a walking tour of Newport's historic Island Cemetery and Common Burying Ground on Saturday, October 23 from 11:00am - 12:00pm. Charter Books will have copies of Lew's A GUIDE TO HISTORIC BURIAL GROUNDS IN NEWPORT for sale at the entrance to Island Cemetery. A portion of all book sales will be donated to the Friends of Island Cemetery toward their landscaping and preservation efforts.

While now known as America's summer playground, Newport was at one time the nation's fifth-largest seaport, containing a diverse population that is reflected in its burial sites. Of special significance is the largest marked site for eighteenth-century African Americans in the country, as well as the oldest surviving colonial Jewish burial site. Notable burials include those for William Ellery, who signed the Declaration of Independence, and Richard Morris Hunt, the eminent nineteenth-century architect. It is also home to John Stevens, a noted gravestone carver who led six generations of his family to create exquisite stones throughout the city. Those same traditions are carried on today by the Benson family, America's premier stone carvers. Join local author and tour guide Lewis Keen as he explores the fascinating history behind the city's early burial grounds. 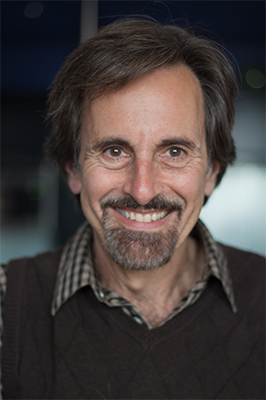 Lew Keen is a former teacher who shared information in a concise, clear, interesting format for decades. In recent years, these skills have been honed as a tour guide in Newport, Rhode Island, presenting the history of the city to visitors and residents. An interest in burial sites began in the 1980s after visiting Laurel Hill Cemetery in Philadelphia. With his avid interest in all things related to the nineteenth century, cemetery visits to Victorian cemeteries were part of any travel plans. A fascination with Newport’s history exposed the need for action to preserve historic gravestones. Lew led the effort in 2016 that resulted in the renewal of the city’s Historic Cemetery Advisory Commission. Since that time, he has served as the chair of the commission and, later that year, was appointed to the state Historical Cemetery Commission.